Installation | M-102
M-102 (8 mile road) Bridge over Plum Creek
(A Precast PC Bridge in which CFCC was used as all tendons and reinforcements)
In State of Michigan, USA, there is a problem that reinforcements in concrete bridges significantly corrode by the adverse effect of de-icing salt that is scattered in winter, and bridges deteriorate in the early stage. This M-102 Bridge over Plum Creek also was replaced due to reinforcements' conspicuous degradation, CFCC was thoroughly applied for the new PC bridge as non-corrosive tendon, shear reinforcement and mild reinforcement. This bridge consists of 2 parallel PC bridges of east bound and west bound with precast PC box beams and pre-sterssed spread box beam superstructures of which concrete was placed at the site. M-102 is a major urban route into the city of Detroit, MI. 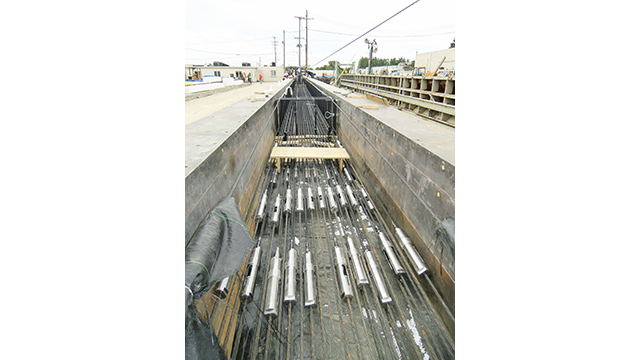 CFCC strands stressed in a mould for production of concrete beams 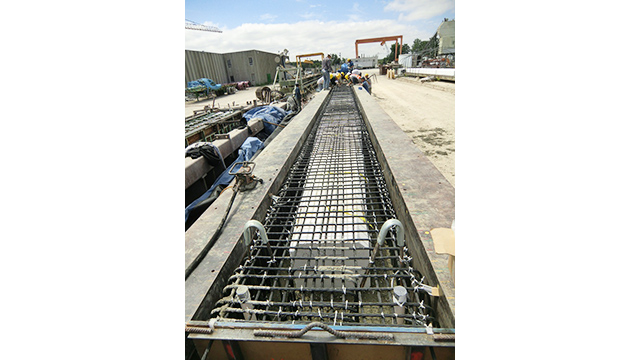 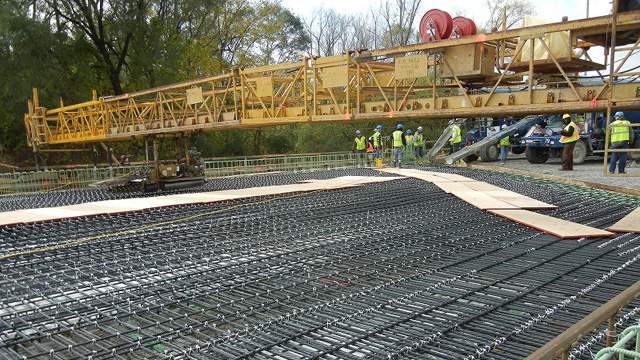 The beck slabs were reinforced with CFCC as mild reinforcement 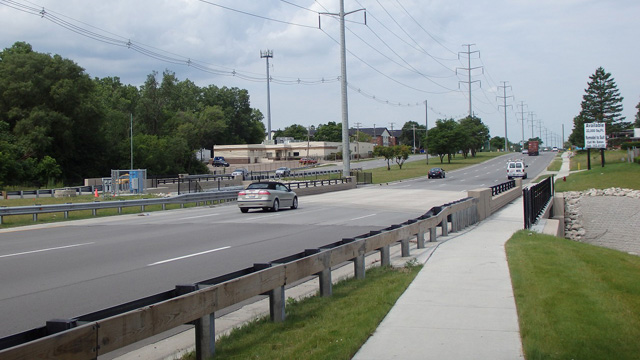